The IRS appears to be missing out on imposing around $21.6 million in different penalties on taxpayers who are either denied entry or withdraw from the Offshore Voluntary Disclosure Program. According to a new report, the IRS will have to improve efforts in addressing taxpayer noncompliance, seeking help from an Austin Lawyer, for those who are either denied access to or withdraw from the OVDP. 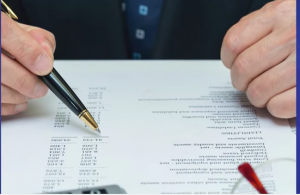 A new series of initiatives have been offered by the IRS as of late, which allows taxpayers who have foreign bank accounts to come forward voluntarily and declare all of their assets to the IRS, which would essentially allow them to avoid stiff penalties. The IRS has also received further information about bank accounts that were previously undisclosed from other foreign financial institutions, which are all filing reports in accordance with the 2010 Foreign Account Tax Compliance Act in order to escape heavy penalties. If this is the case, the IRS will be able to deny taxpayers access to reduced penalties under the OVDP, as well as prosecute them.

TIGTA used this report to review a sample of 100 taxpayers out of 3,182 OVDP requests that were either denied by the IRS or if the taxpayer chose to withdraw. It was discovered that 29 of the taxpayers could have been subjected to penalties for failing to file a foreign bank account report; however, the IRS took no action against them. This is what led to the estimation of the IRS failing to assess approximately $21.6 million in penalties.

Problems were mainly found with internal controls and poor communications among different IRS functions that deal primarily with OVDP requests, which led to delays and incorrect request processing. Weaknesses included two different IRS addresses where taxpayers are required to mail all of their correspondences.

Thank you for visiting the blog of Hollister Legal Services. Our firm offers its client base attentive, comprehensive high quality legal services in business, tax, immigration and other practice areas. The Firm is distinguished by its expertise in finance, corporate, tax, technology and immigration skill sets. HLS’ principal mission is to deliver winning solutions for its client base. Please check back soon for more blog posts about the community, the law, and important information.