Five Methods In Which Venture Capital Can Steal Your Dreams 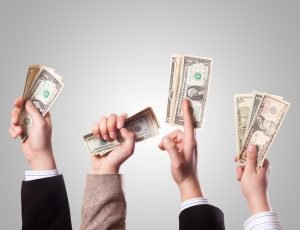 Are you searching for venture capital Austin advice? Let us help!

Whenever entrepreneurs are faced with something such as limited capital, they tend to consider an option like venture capital as a possible solution. They believe that the only real obstacle standing in their way is an overall lack of funds to help scale their organization, even though they have a great vision, high revenue growth rate, and marketplace traction that would otherwise help them. Venture capital is also something that can assist them with unlocking all sorts of potential in the business world.

Here are five different methods in which venture capital is able to essentially steal all of your dreams away from you.

Chances are your new partner may want you to deploy your newly-raised capital as soon as humanly possible. A lot of venture capital rounds give companies approximately 18-24 months of runway time, and while you may believe you understand your overall customer acquisition model, when you begin to either double or triple your sales and marketing operations within the span of 3-6 months, you’ll begin to realize that your model may not have actually been ready for prime time. Worst case, you begin to heavily invest in ramping up customer acquisition operations; however, more sales don’t end up coming quickly enough. If you end up not even getting a single dollar of revenue growth from each investment dollar, this is a sign that you aren’t getting the job done.

You Aren’t on Your Own Timeline

A general venture capital fund, which has a lifespan of approximately 10 years, will raise funds from different investors. What this means is that the the venture capital has that same amount of time to make back that same amount of investments so that the investors can be paid back in a timely manner. Typically, a venture capital will deploy capital for a newly-raised fund for the first five years before harvesting returns during the second five years. Your partner will be under all sorts of pressure to return that capital to investors as the 10-year mark gets nearer, with a lot of that pressure being aimed instead at you. The most common issue is that your venture capital could attempt to force a sale of your company sooner than you’d like to in order to be able to meet all of the investment targets. When the decision is made to sell, you can’t really do much to change anyone’s mind.

You May Not Get Along With Your New Boss

A big change that many people fail to realize is how much of an impact a potential investor can make on your ability to effectively run a company. The governance structure of your company will almost be entirely reworked by investors in order to allow themselves to gain one or more board seats, a process that really isn’t all that uncommon. You will, however, be accountable for your group’s results as the CEO.

It can be a tough business being an investor, as they are constantly having to push many CEOs to essentially swing for the fences. Growth that is mediocre in nature doesn’t give investors what they need to remain a venture capitalist, which doesn’t give them very much of an incentive to accept anything less than an all-or-nothing type of strategy. They’re looking for more of a grand slam, which means they will always push portfolio companies to swing as hard as they possibly can.

Payout is Always Put at Risk

When venture capitalists choose to invest in your company, their investments themselves are structured with preferred stock, which carries a number of different incentives, including a liquidation preference. This preference states how much money is able to be returned to the investor before you’re even able to see any of it.