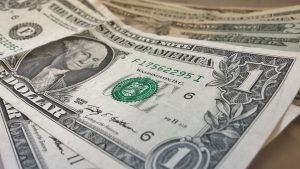 Let us help you with your search for venture capital advice in Austin!

The total number of venture capital deals that have been closed has been on a decline as of late, even though entrepreneurs are currently looking for venture capital funding that they should already know is hard to come by. However, this is really all relative to the kind of activity that has been going on over the past several years, because despite the decline, it has been recently suggested that there are some investors who may be in a great position to write a few checks this year.

In 2016, companies throughout the United States raised a total of $69.1 billion in venture capital across approximately 8,136 deals. This is a 22% drop from 2015’s total of $79 billion; however, only 2,340 startup companies – the lowest number since 2010 – received their first round of venture capital funding.

Here are three factors that are said to be indicating where venture capital may currently be heading.

With 2017 upon us, it remains to be seen whether or not investment activity will rise or fall. One factor that accounts for activity drop and active investors is the amount of money that was raised in 2016. Across 253 funds, a total of $41.6 billion was raised, which is said to be the highest amount throughout the past 10 years.

Investors are Ready to Invest in Frontier Tech

Factors such as drones, artificial intelligence, 3D printing, and more have been astonishing topics for years, and ones that investors have begun to take a much closer look at. Even so, it’s taken some time to learn about these various technologies, meaning that it’s also taken a longer time for investors to close deals with companies that deal in them.

Fewer Amounts of Venture Capitalists are Cashing Out

With the decline of factors such as angel/seed, early-stage, and late-stage activity throughout 2016, the overall number of exits also declined as well. These are the points in which venture capitalists are able to obtain all of their returns. At the end of the year, the overall total was 142, 39 of which were said to be IPOs. Even though fundraising in and enthusiasm about potential new investment opportunities in 2016 may help boost things to come in the new year, later venture capital cycle stages may still remain backed up regardless. Additionally, policy that exists under the Trump administration currently remains unknown at the present time.