Intellectual property rights in the United States legal system provide certain rights and protections for owners of property. The kind of rights that result from the efforts of mental efforts are called intellectual property rights. Rights and protections of intellectual property rights holders are based on trade secret, federal patent, trademark and copyright laws. In general, a trade secret is a formula, practice, process, design, instrument, pattern, commercial method, or compilation of information which is not generally known or reasonably ascertainable by others, and by which a business can obtain an economic advantage over competitors or customers; patent rights are protective rights granted to anyone who invents any new, useful, and non-obvious process, machine, article of manufacture, or composition of matter; copyrights protect various forms of written and artistic expression; and trademarks protect a name or symbol that identifies the source of goods or services.

(i) Is not generally known to the public;
(ii) Confers some sort of economic benefit on its holder (where this benefit must derive specifically from its not being publicly known, not just from the value of the information itself);
(iii) Is the subject of reasonable efforts to maintain its secrecy.

In contrast to intellectual property registered with the United States Patent and Trademark Office (“USPTO”), trade secrets are, by definition, not disclosed to the world at large. Instead, owners of trade secrets seek to protect trade secret information from competitors by instituting special procedures for handling it, as well as technological and legal security measures.  Legal protections include non-disclosure agreements (NDAs), and work-for-hire and non-compete clauses.

Trade secrets, such as secret formulae, are often protected by restricting the key information to a few trusted individuals. Famous examples of products protected by trade secrets are Chartreuse liqueur and Coca-Cola.

A patent is a document, issued by the USPTO, that grants to its owner a legally enforceable right to exclude others from practicing the invention described and claimed in the document. A U.S. patent allows this right, for a term ending twenty years from the date of filing of an application for patent, to encourage the public disclosure of technical advances and as an incentive for investing in their commercialization.

The procedure for granting patents, requirements placed on the patentee, and the extent of the exclusive rights vary widely between countries according to national laws and international agreements. Typically, however, a granted patent application must include one or more claims that define the invention. A patent may include many claims, each of which defines a specific property right. These claims must meet relevant patentable requirements, such as novelty, usefulness, and non-obviousness. The exclusive right granted to a patentee in most countries is the right to prevent others, or at least to try to prevent others, from commercially making, using, selling, importing, or distributing a patented invention without permission.  Under the World Trade Organization’s (WTO) Agreement on Trade-Related Aspects of Intellectual Property Rights, patents should be available in WTO member states for any invention, in all fields of technology,and the term of protection available should be a minimum of twenty years.

Most inventors seek a patent to obtain the actual or potential commercial advantages that go along with the right to exclude others. Given the high cost of research and development, the opportunity to recoup these costs through commercial exploitation of the invention may be the primary justification for undertaking research in the first place.

Patent rights can be commercially exploited in two basic ways: (i) directly, by the inventor’s practice of the invention to obtain an exclusive marketplace advantage (as where the patented technology results in a better product or produces an old product less expensively) and/or (ii) indirectly, by receiving income from the sale or licensing of the patent.

Copyright is a statutory property right which grants to creators or authors certain exclusive intellectual property rights in their creations for a limited duration. Copyright protects intangible original works of authorship which are fixed in a tangible medium of expression. Put another way, copyright protects the expression of ideas, but not the ideas themselves. For example, the copyright to a Mickey Mouse cartoon restricts others from making copies of the cartoon or creating derivative works based on Disney’s particular mouse, but does not prohibit the creation of other works about mice in general, so long as they are different enough to not be judged copies of Disney’s works.  Copyright protects works such as books, pictorial, graphic and sculptural works, music, photographs, movies and computer programs.

Copyright arises upon creation and, under current law, endures for the life of the author plus 50 years. (The term of copyright for works created before 1978 is 75 years.) Copyright applies to both unpublished and published works.

In the United States, registration of a copyrighted work with the Copyright Office in Washington, D.C. is not required for existence of the copyright; however, it is a prerequisite to a lawsuit for copyright infringement and to certain legal remedies.  Some countries require certain copyright formalities to establishing copyright, but most recognize copyright in any completed work, without formal registration.

A widely circulated strategy to avoid the cost of copyright registration is referred to as the “poor man’s copyright”. It proposes that the creator send the work to himself in a sealed envelope by registered mail, using the postmark to establish the date. This technique has not been recognized in any published opinions of the United States courts. The United States Copyright Office makes it clear that the technique is no substitute for actual registration.

A trademark consists of a recognizable sign, design, or unique expression related to products or services of a particular source from those of others; trademarks used to identify services are usually called service marks.

A trademark identifies the brand owner of a particular product or service. Trademarks can be licensed to others; for example, the Lego Group purchased a license from Lucasfilm in order to be allowed to launch Lego Star Wars.

Under U.S. federal law, an application for registration may be filed based on actual use of the mark or a bona fide intent to use the mark in commerce. The filing date of an application with the USPTO to register a trademark or service mark, which the applicant intends to use on a product or in association with a service, establishes a date of constructive use of the mark. The act of filing the application, therefore, through constructive use, can create a nationwide priority of rights in the mark against any other person who subsequently adopts the same or a confusingly similar mark.

Federal trademark registrations are valid for ten years and can be renewed for like periods, provided the mark is constantly used. Failure to use a mark can cause the rights in the mark to be lost. Such abandonment of the mark causes the mark to lose its significance to the public as an identification of a single source and a standard of quality.

Comparison of Trade Secrets to Patents and Trademarks Protections

Compared to patents, the advantages of trade secrets are that a trade secret is not limited in time. It continues indefinitely as long as the secret is not revealed to the public, whereas a patent is only in force for a specified time, after which others may freely copy the invention.  A trade secret does not imply any registration costs, has an immediate effect, does not require compliance with any formalities, and does not imply any disclosure of the invention to the public. The disadvantages of trade secrets include that others may be able to legally discover the secret and be thereafter entitled to use it, others may obtain patent protection for legally discovered secrets, and a trade secret is more difficult to enforce than a patent.

A trademark enjoys no protection until and unless it is disclosed to consumers, for only then are consumers able to associate it with a supplier or source in the requisite manner. (That a company plans to use a certain trademark might itself be protectible as a trade secret, however, until the mark is actually made public.) 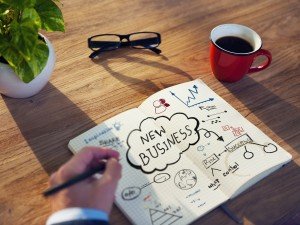 If you would like to have further discussions on what Intellectual Property Rights tools to employ and how to monetize those assets, then please do not hesitate to reach out to Hollister Legal Services, PLLC via Contact page. Or call now (512) 761-2782.